What is the chop shop? According to Wikipedia the free encyclopedia, a chop shop is a location or business that disassembles stolen automobiles for the purpose of selling them as parts and the term supposedly originated from the practice of building a car from two halves, welded together. Interesting? I guess so, but my take on chop shop comes from the term chop it up and the Urban Dictionary define that as to have a conversation, which works for me. It’s also ironic that when I looked up the term most of the references were about bodies being chopped up, crazed killers and/or deranged people either chopping someone up or threatening to, which also works for me in the sense that I want to talk about what’s on my mind and may get a little crazy and/or deranged about it. And at times I may get to chopping it to pieces.
What’s on my mind … do you really want to know? Well, I guess if Andy Rooney can rant and rave for the last few minutes of 60 Minutes—is he still on the show, still alive?—I can do it on this section of Gun-towers On My Walls. After all, I have as much right to rant and rave as he does, though it would be nice to get paid for it like he did/does and while Andy and I may cover some of the same topics, you can bet we have different takes on those topics, although I’m sure I go places he wouldn’t bother to. And I’d bet I’ve seen stuff he never even imagined existed.
For instance, do you think Andy knows anything about hot summers in the city; Johnny- pumps on full force and you with a nice sturdy soup can to give the whole block a shower and any car dumb enough to come by a strong wash, inside and out if they were fool enough to leave the windows down. You think Andy ever counted the dope fiends nodding on his block or the crackheads tricking? Nah, Andy knows nothing about stuff like that.
I think I do recall Andy doing something on Hurricane Katrina back in 2005, though. And it was pretty good, but I have my own thoughts on Katrina. You think maybe she’s related to that other lady, the one with a scale in one hand and the blindfold covering her eyes? After all, Katrina didn’t discriminate or wasn’t supposed to, anyway. But just like with Lady Justice, Katrina gave those with the least the most pain; the poorest people suffered the most, no insurance, no savings, and no way to rebuild and many never made it back to New Orleans.
Some people may wonder why they wasn’t better prepared for a disaster, but when you’re working 50 to 60 hours a week just for the mortgage/rent, and next’s week meals it’s a little difficult to prepare for a disaster. In fact, if the overtime is cut one week that’s a disaster. All these years later the devastation of entire communities is forgotten by most of us, but check out some of stories and the moments that were captured on film; lawmen standing on bridges with shotguns out to stop victims of a disaster from coming to their towns, people camped out on rooftops with water rising precariously close to them, dead bodies floating along side of dead cats and dogs, and looting by criminals and police. Since this happen to mostly poor people, maybe like Lady Justice, Katrina understands a high price defense and gave her worst to those with the least. 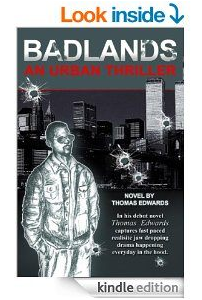